I got free copy on NetGalley in exchange for a review.

This book is a prequel to Black Dawn that came out earlier this year. I’ve never enjoyed reading prequels as they were meant to be read and always found myself loving the prequels when I hadn’t read the main series first. I think the Assassin’s Blade is the only exception to this for me. Renegade followed that rule as I loved the novel as story of itself and plan to read Black Dawn soon. I would rate this novel…. 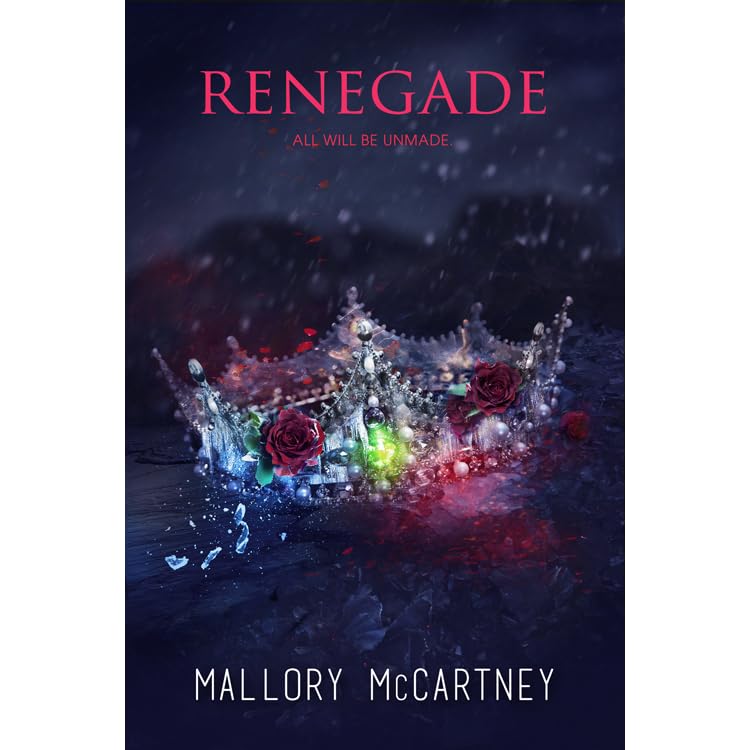 Six years before the Black Dawn Rebellion, Adair Stratton and Emory Fae are following in their parent’s footsteps and living at The Academy, a home for those who are gifted. The pressure to uphold the future of their parent’s dream falls on them. An outcast and feared by most, Adair longs to break away from the expectations dictating his future. Even if Emory tries to make him see differently. An unexpected group of friends keep him there, but as whispers of unexplained disappearances start reaching from the capital, Adair starts to doubt The Academy is all it seems.

An unexpected visit ignites new tensions as the roguish king from across the Black Sea, Tadeas Maher of the Shattered Isles, and his heir, Marquis Maher sail to Kiero. Notorious for their pirating and wrath- for the first time in years, they demand the Fae’s listen to their proposition for a new treaty, holding the news of Nei’s father’s abrupt death over them. Caught in the middle of politics- Adair and Emory, with the help of their best friends Brokk and Memphis search for the one thing that matters most- finding out the truth.

Why I loved this book:

The doom and gloom – Negative Points:

Overall it definitely makes me want to pick up Black Dawn!